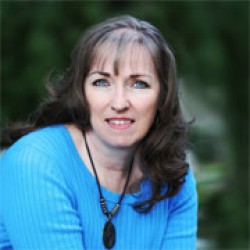 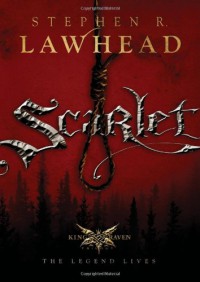 "Scarlet" is an engaging follow-up to the first book in the "King Raven" trilogy, "Hood." The story is told from Will Scarlet's point of view as he is sitting in jail after a failed kidnapping attempt. Scathingly funny at times, he is also down-to-earth and practical. While I enjoyed his character—as well as the development and rendering of the others—I feel his romance with one of the village women lacked depth; it felt extraneous.

Lawhead’s style and expertise propels the story forward. There is plenty of drama, mystery, and tension throughout most of the book. In the last third or so, I found some of the lengthy descriptions getting in the way. And, although I got a kick out of the little “in the moment” sections where Will is speaking directly to his autobiographer, the inevitable “and so we trudged on” got to be annoying. What a shame.

I loved the historical background: the contest between two popes, the machinations of those with power trying to expand that power, the casual (and sometimes horrific) indifference in the way the conquerors treated the conquered, and the sense of utter powerlessness experienced by the natives in the face of oppression. The author does a fantastic job, too, of presenting both sides of the church coin. There are those using their religion to advance themselves at the expense of others (and coming up with ways to justify it) and there are those simple folk with sincere belief, both calling on the same god.

All in all, another superb read. And I have book 3, “Tuck,” to leap into next…